Our First Trip To The Beach – Playa Las Terasitas, Tenerife 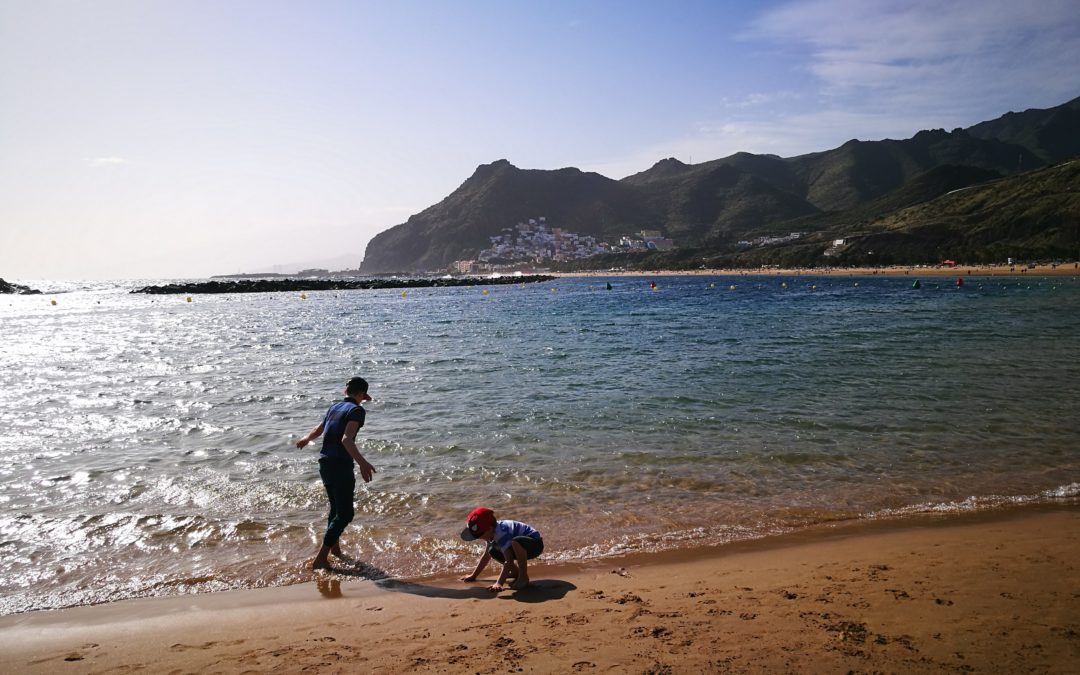 Our First Trip To The Beach – Playa Las Terasitas, Tenerife

I don’t mean to make you jealous but the beach here is pretty awesome.

Playa Las Terasitas is one of Tenerife’s best beaches… and it’s right on our doorstep.

Ok so not literally ON our doorstep but it’s only a 5 minute drive… if you turn right where you’re not supposed to.

But still, now we’ve figured out that we’re not supposed to do that it’s still only about 10 minutes away which is perfect.

There’s load of parking, which is totally free.

It’s not full of tourists.

It’s safe to swim due to the rock enclosure that keeps the sea calm and the current out.

It’s soft, white sand (imported from the Sahara desert apparently) and the sea view is fascinating due to the massive ships and oil rigs that come in to the island that way.

If you’re visiting Tenerife I highly recommend a trip here.

We made our first trip here on our second day, shortly after doing our food shop and I think we’ve been here every day since?

The kids ran on the sand, dug holes, played in the sea and just generally lolloped around being happy boys.

Alan and I sat in the sunshine and watched them play,then we all got an ice cream.

I even ordered them in Spanish and THEY UNDERSTOOD me!

I must be improving.

Not much else to report really.

We’re just settling in and enjoying the sun 🙂 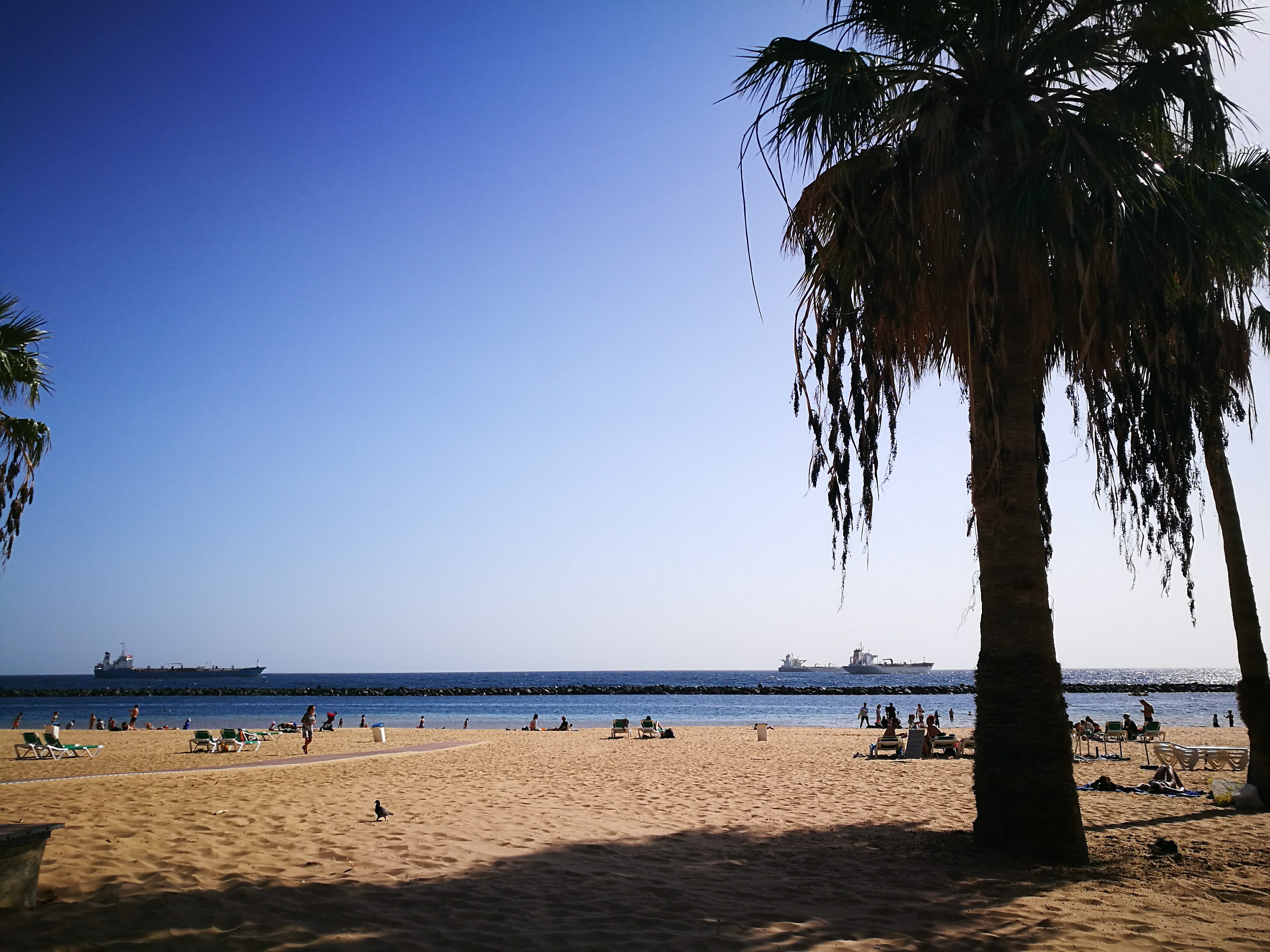 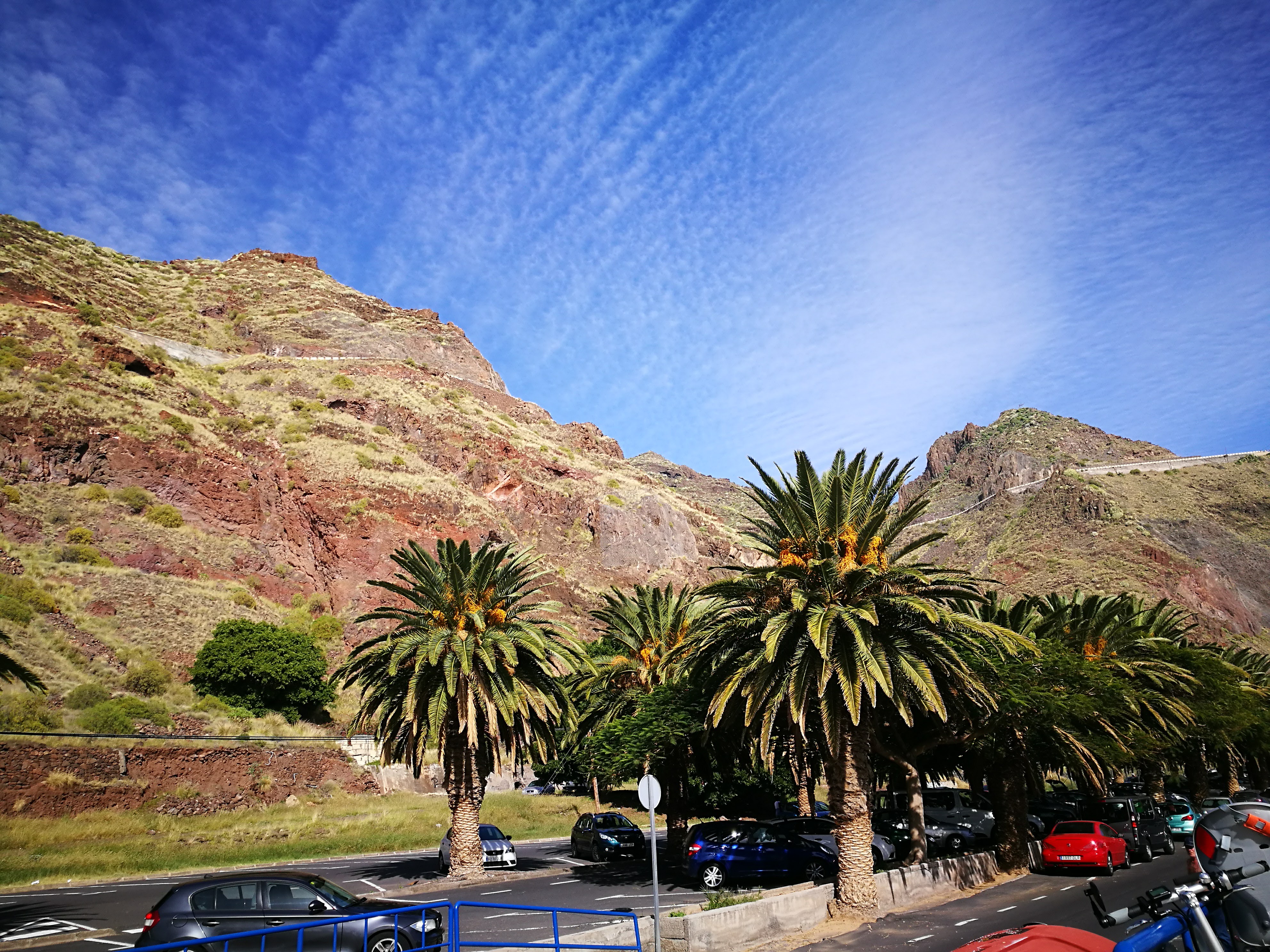 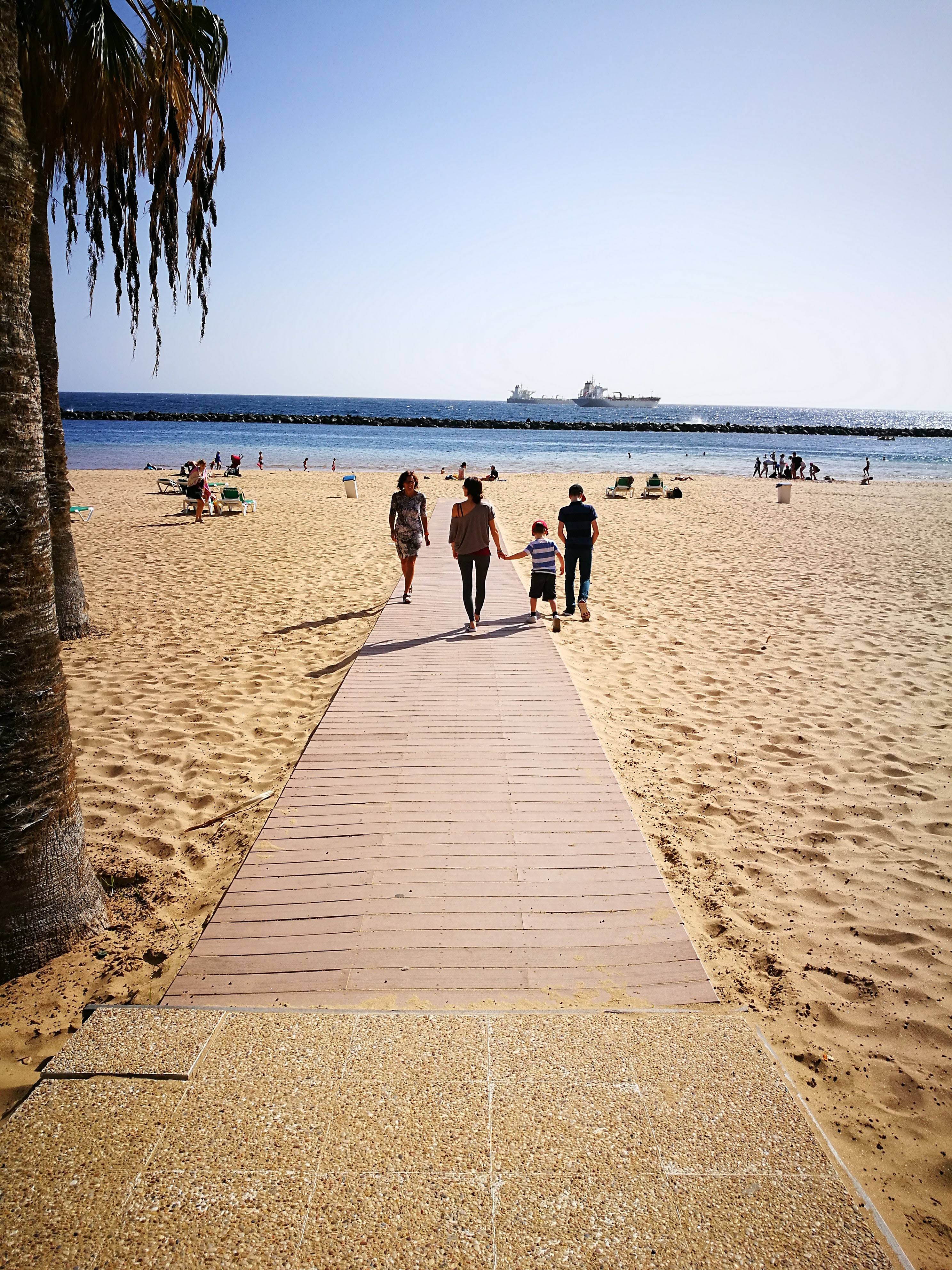 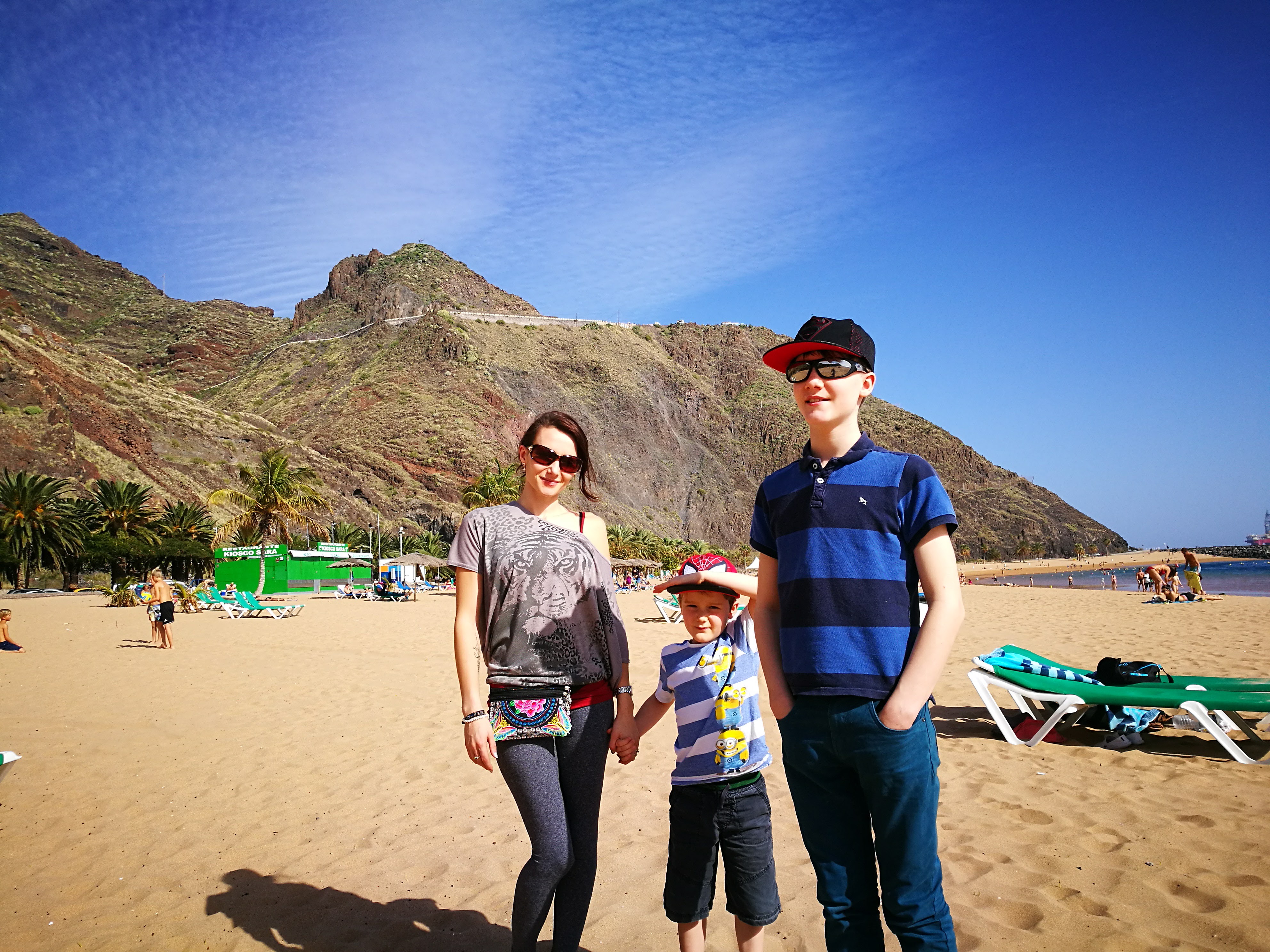 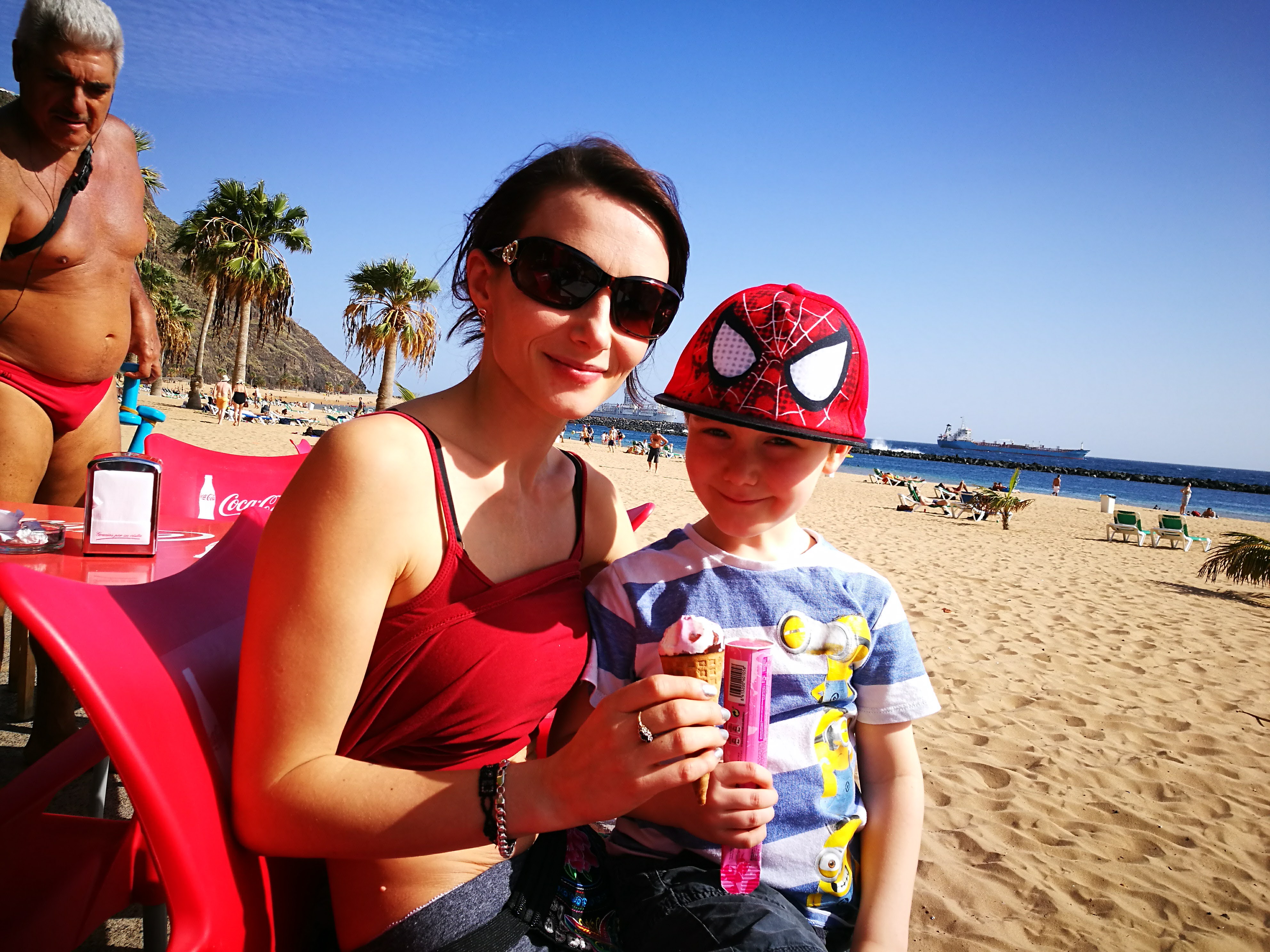 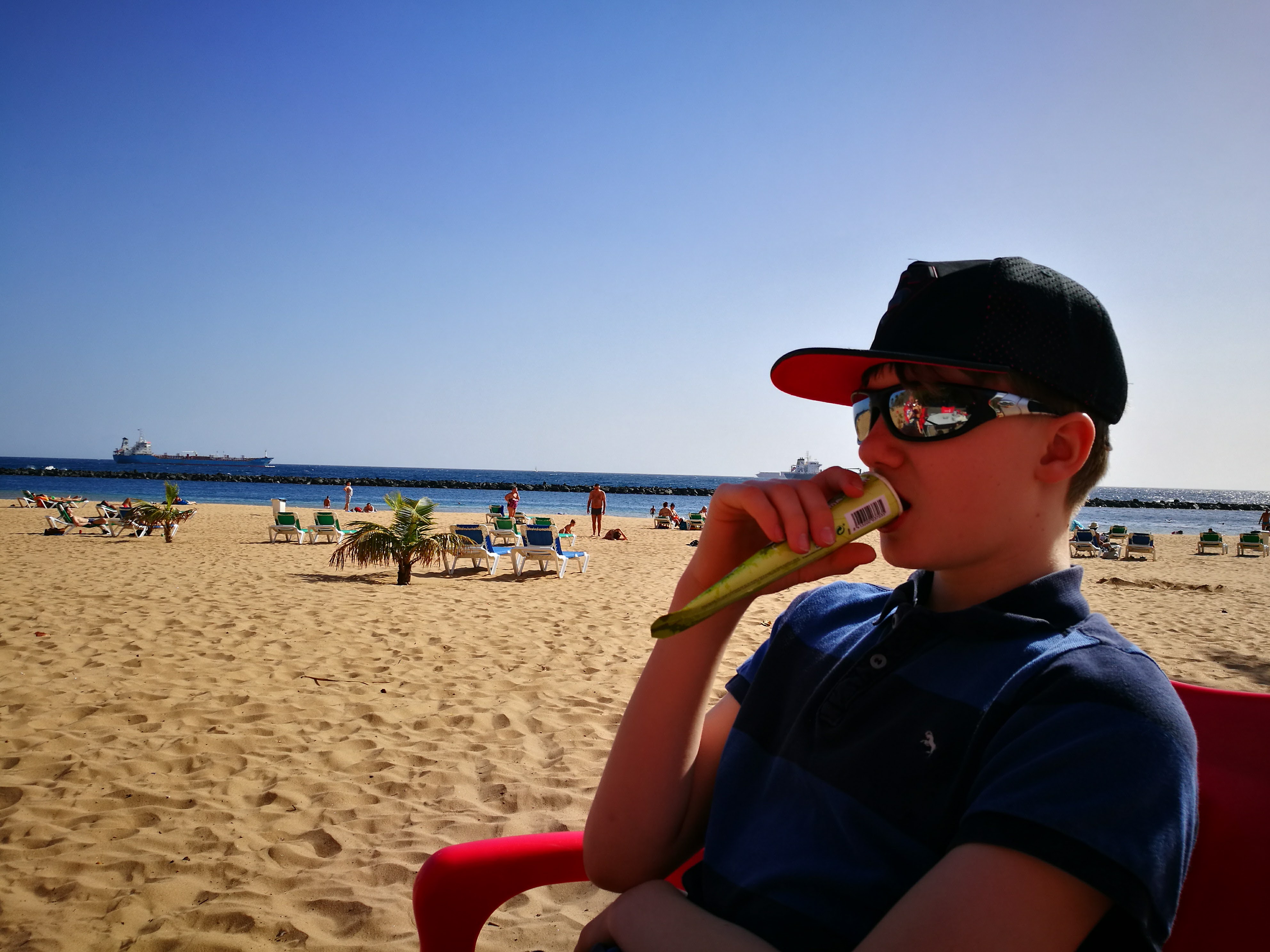 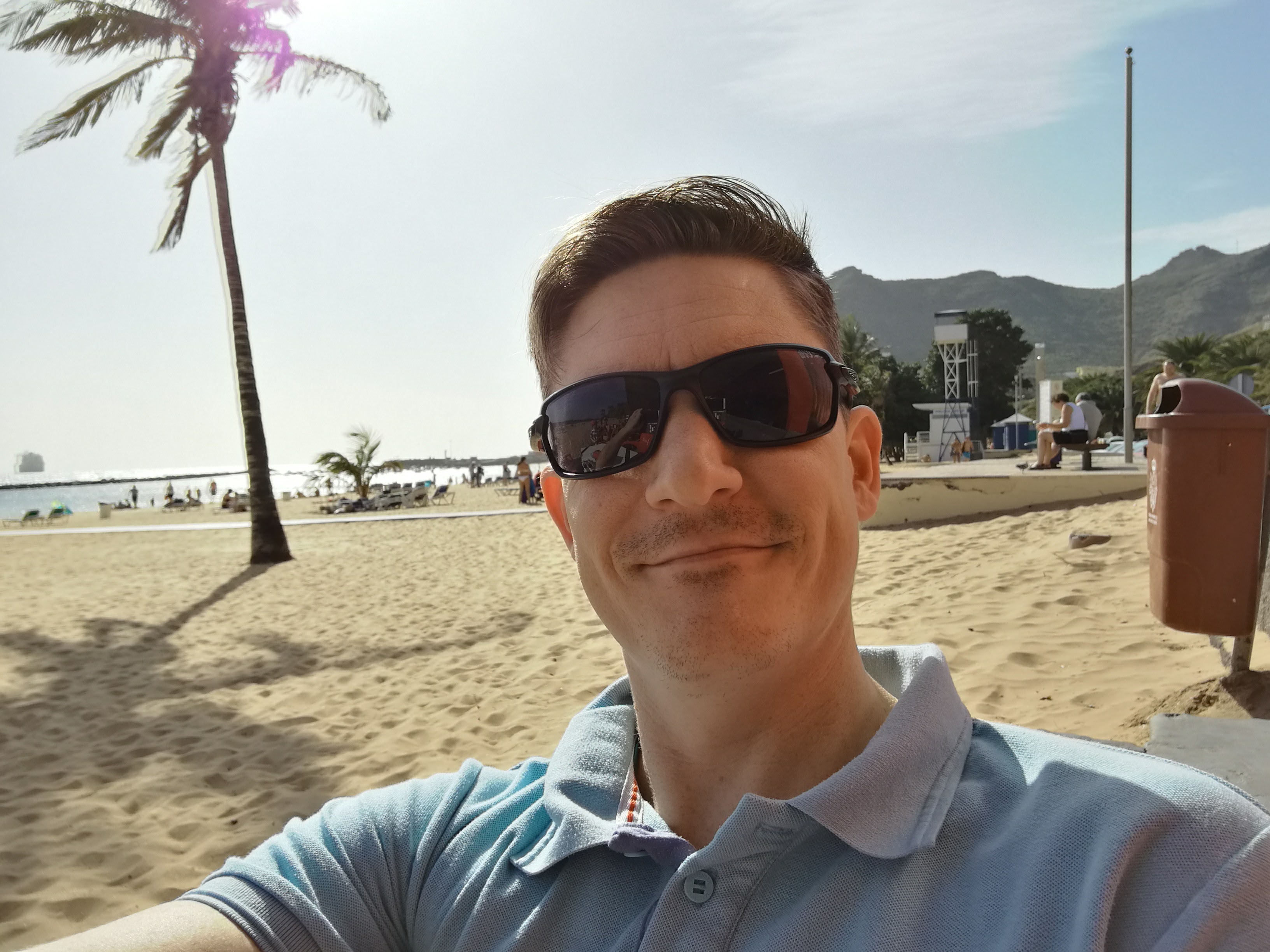 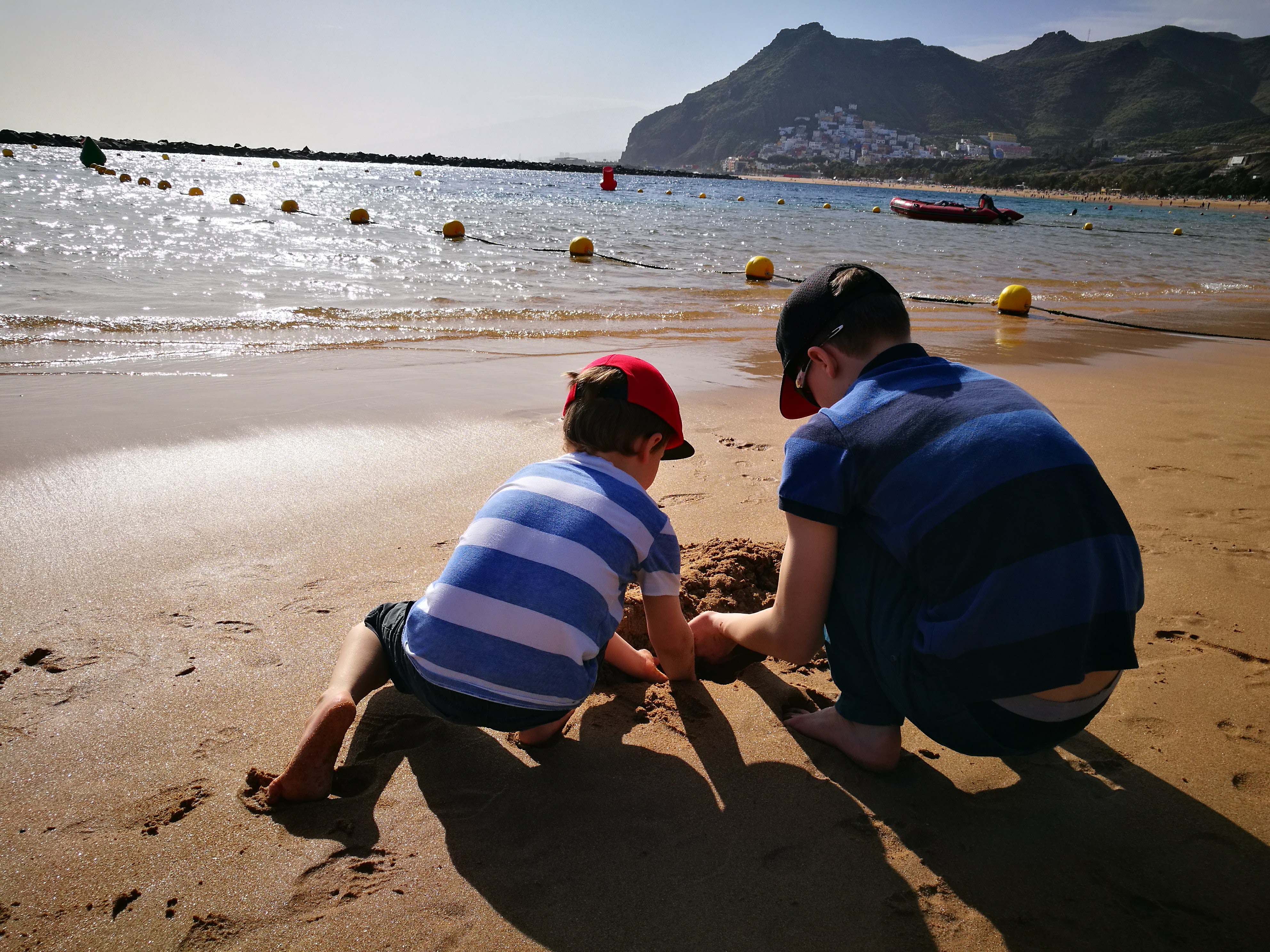 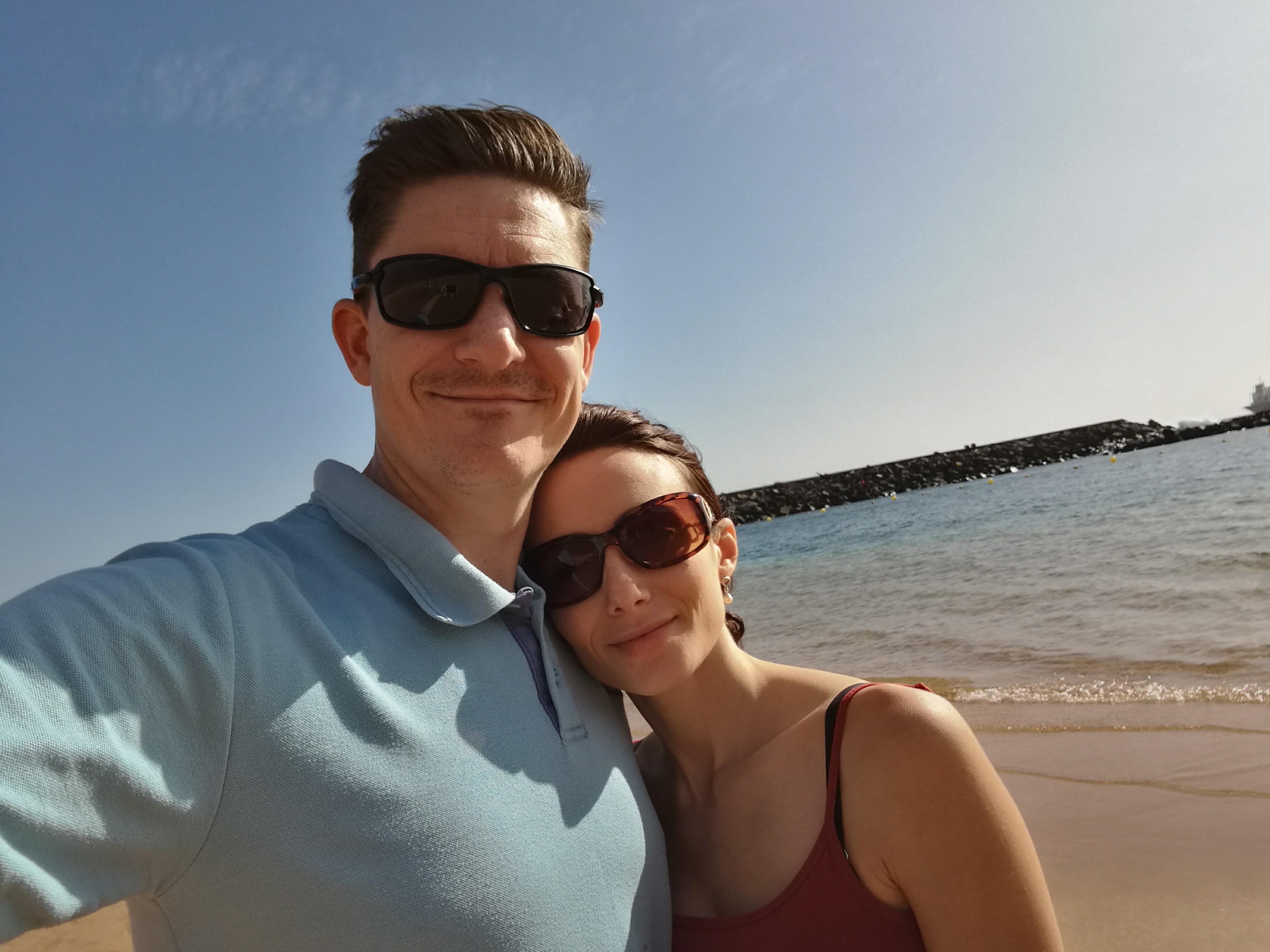 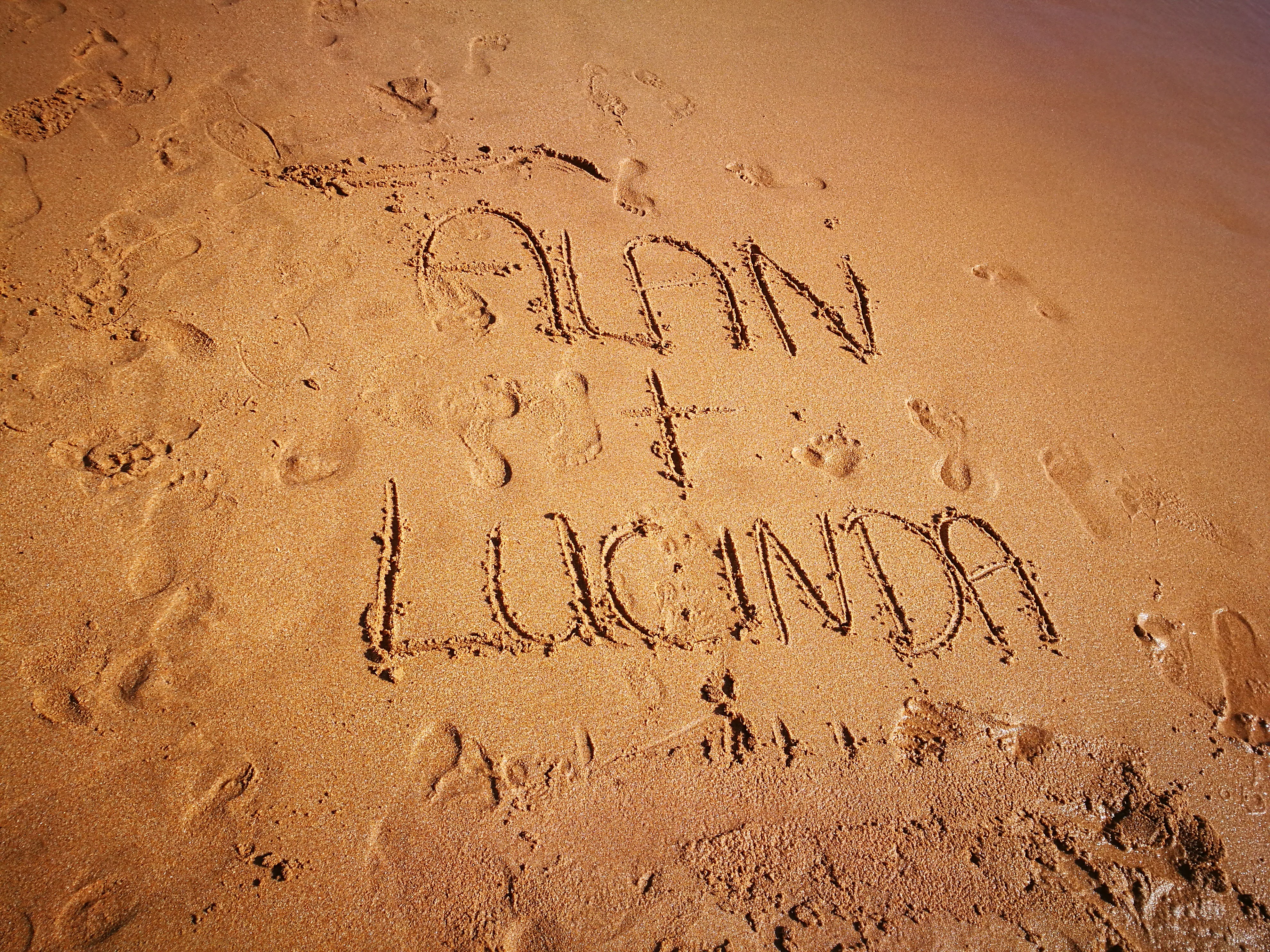 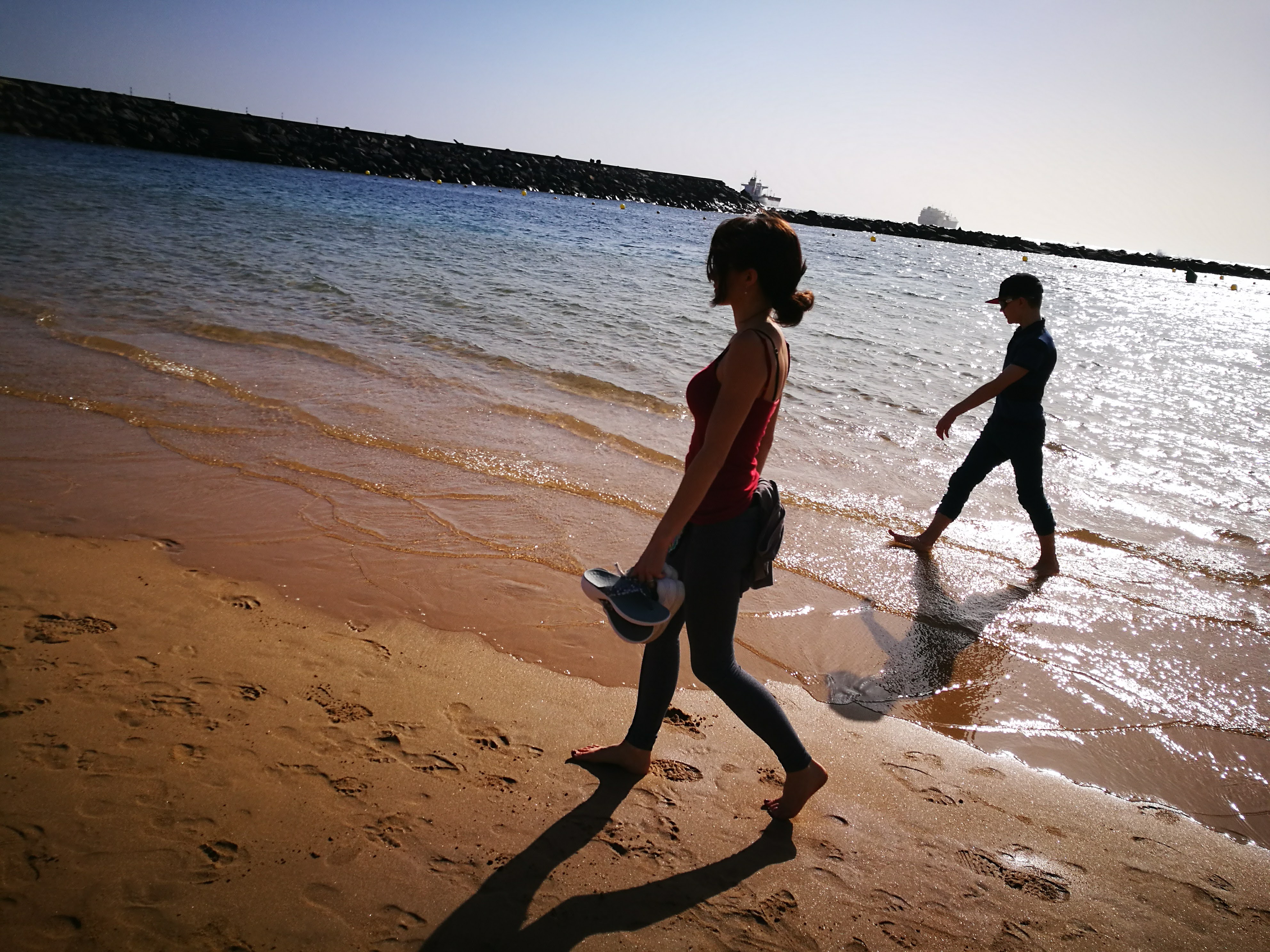 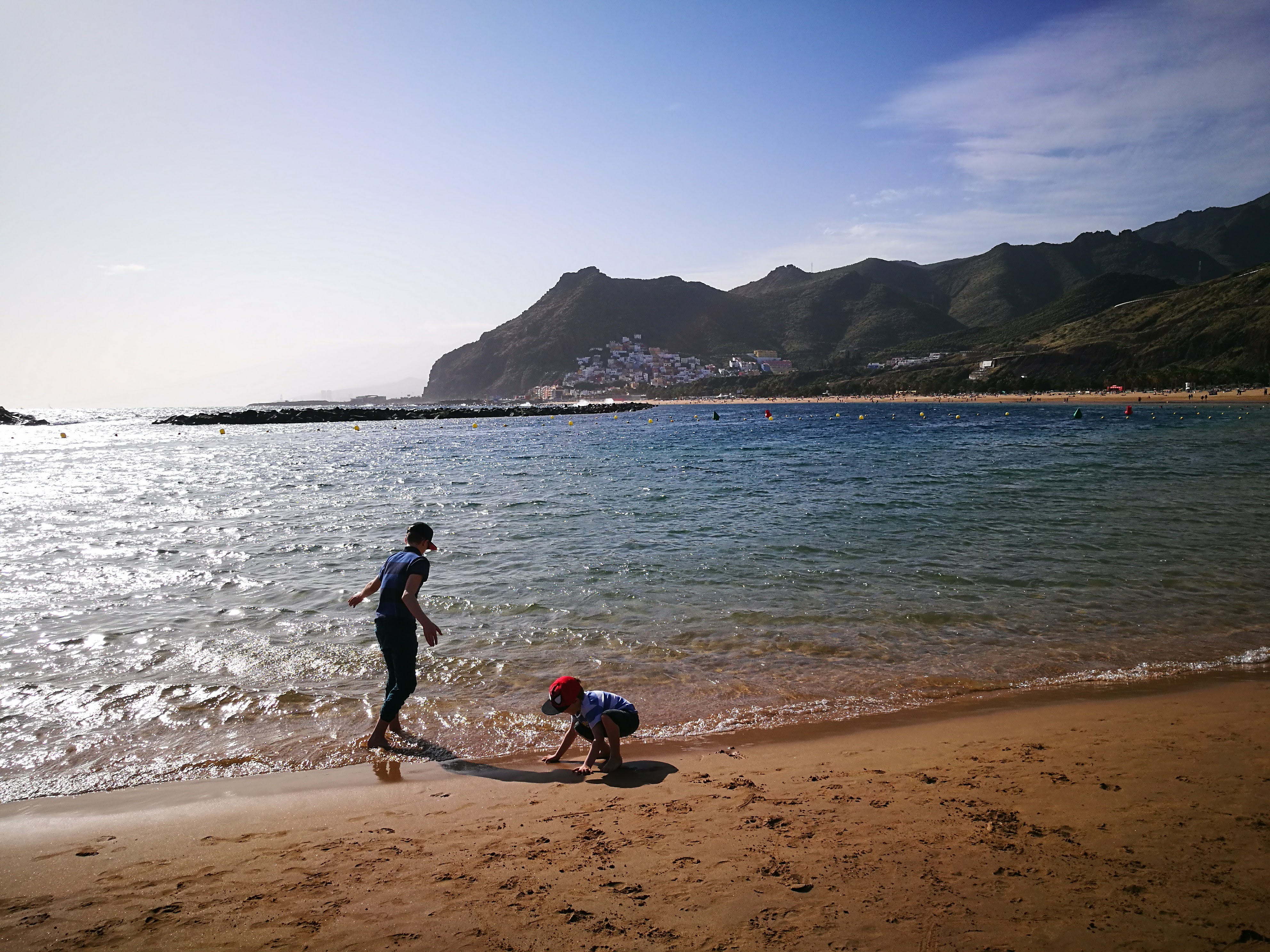 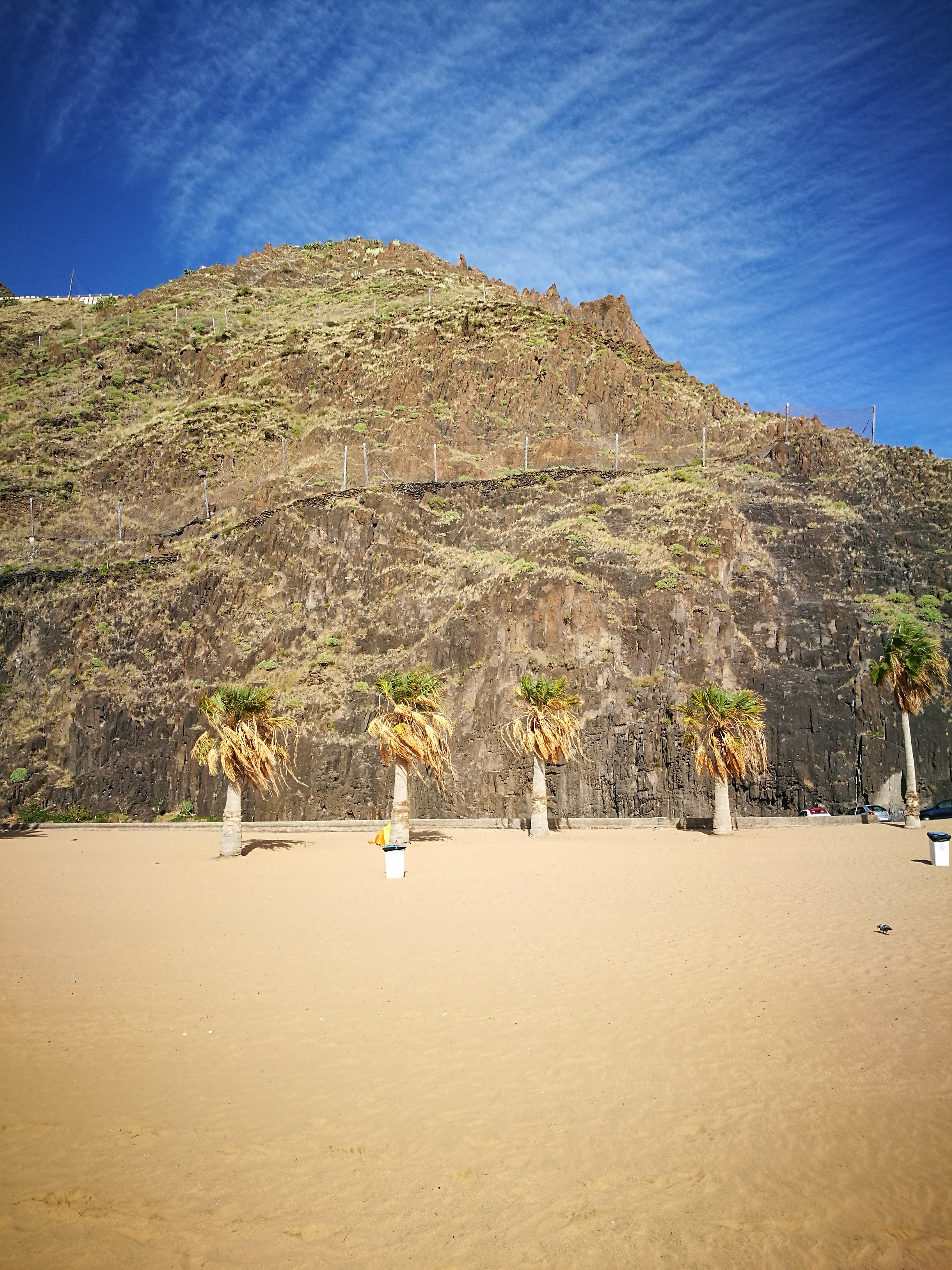 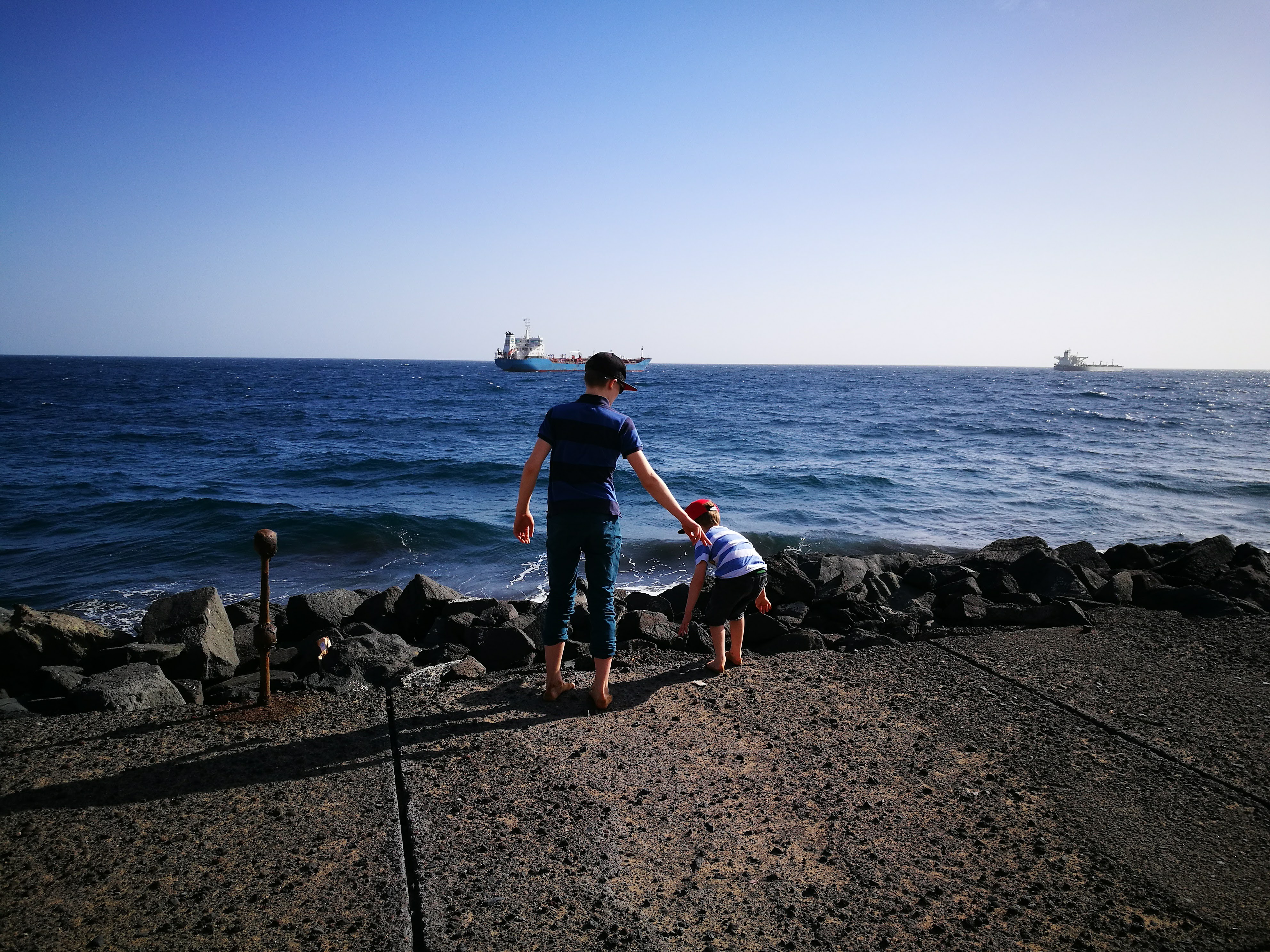 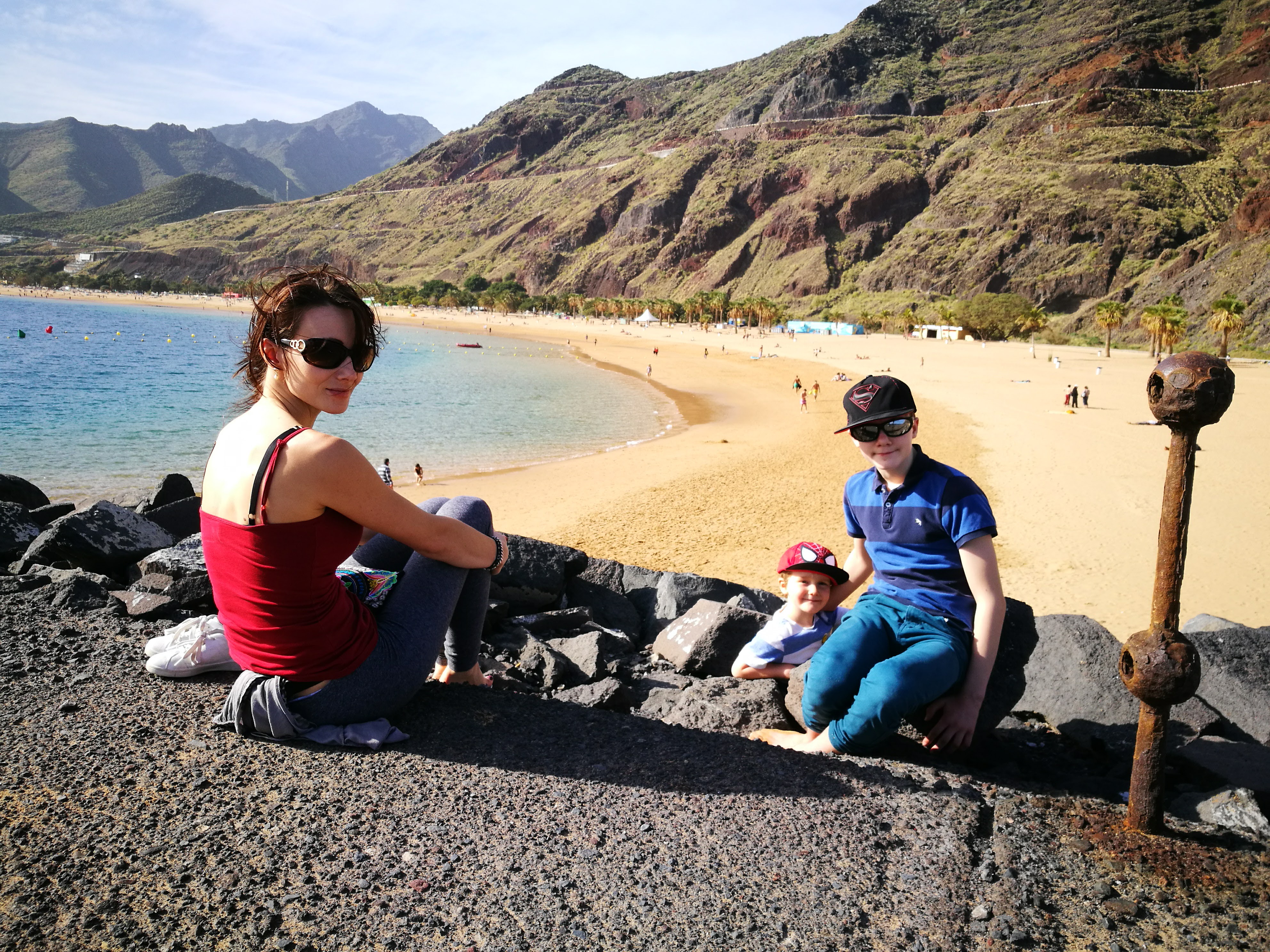 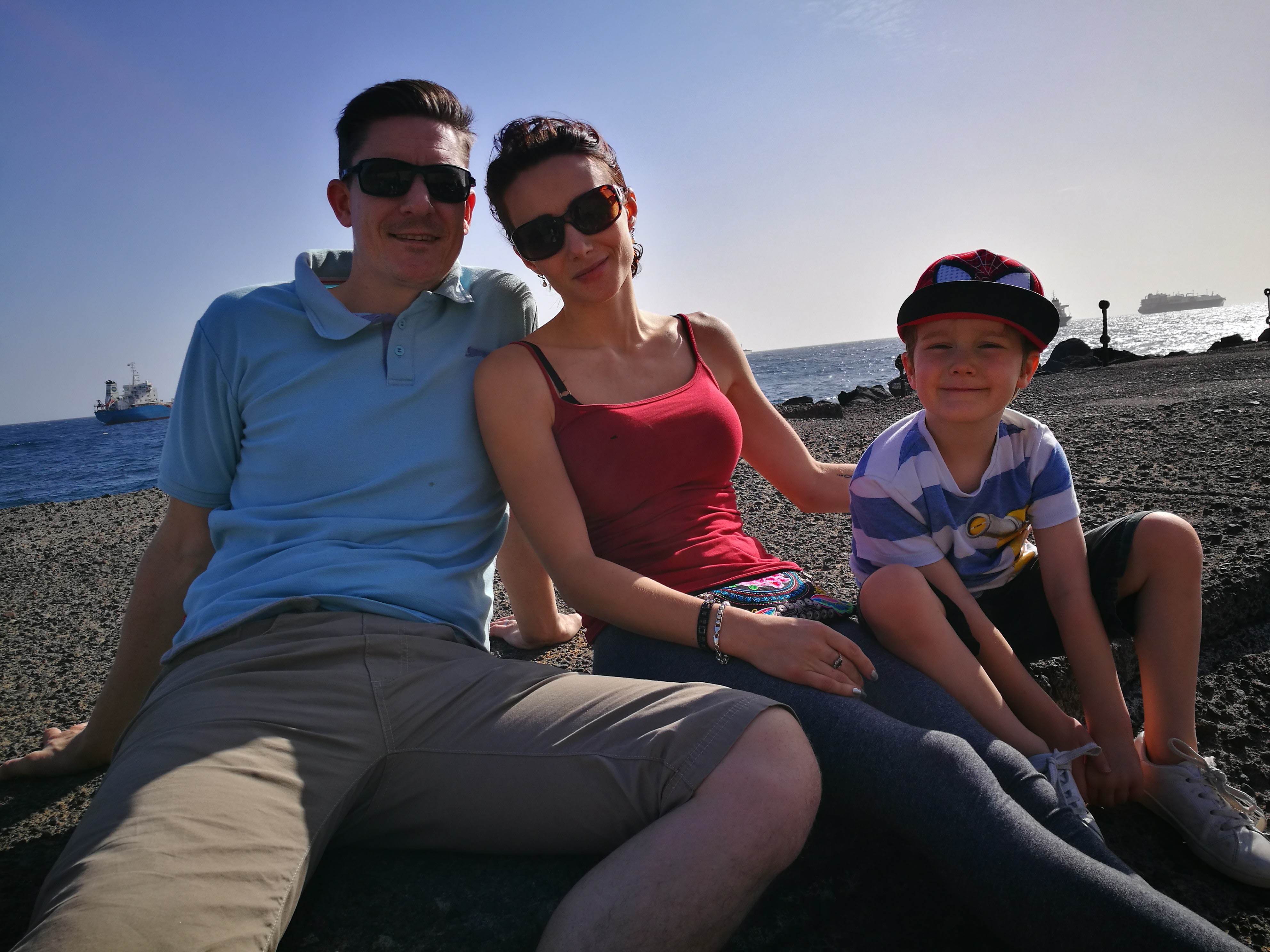 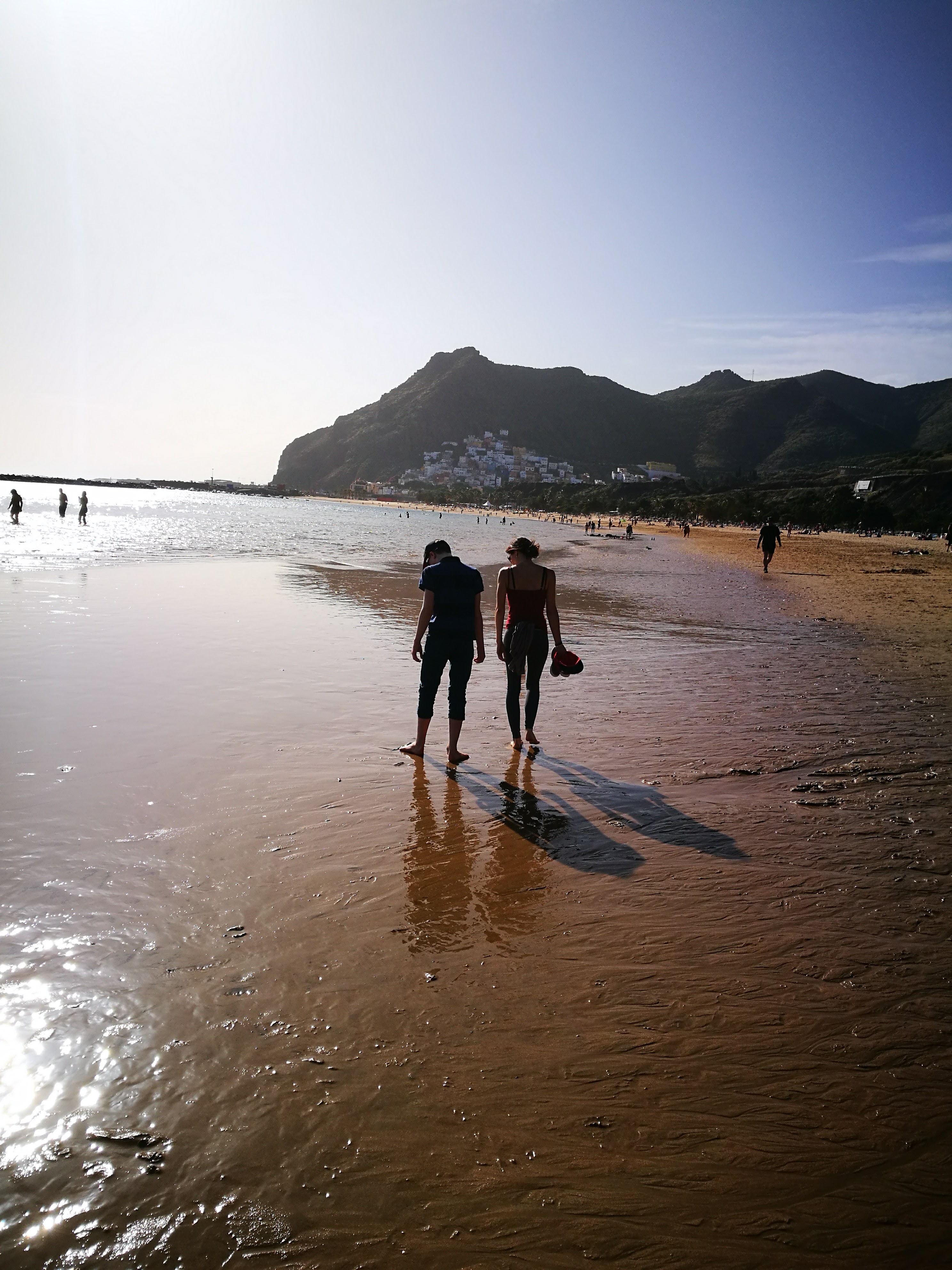