The First Night in the Caravan – Meet Storm Angus! 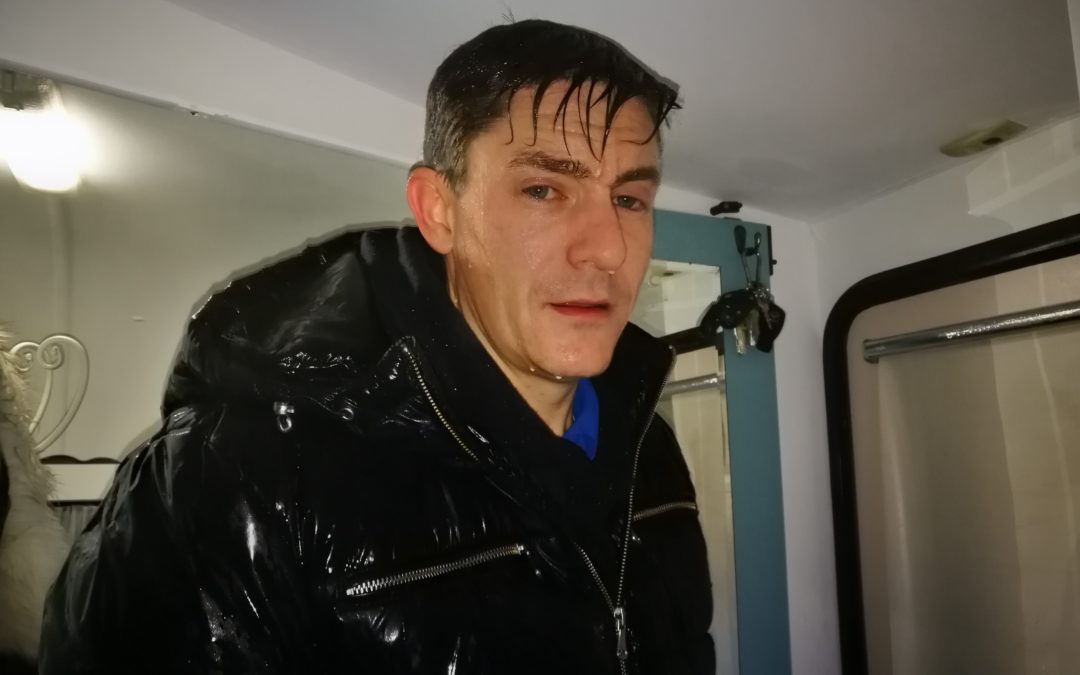 We’ve had a tough week, I’m tired and stressed and feeling a bit wobbly (as I always do when we move home). We settle into the caravan, snuggle the boys into their new beds and get ready to relax for the first time in weeks.

Then the rain starts. The wind picks up. And I realise we’ve made a rookie mistake by not checking the weather forecast before putting up our brand new £700 awning. We hadn’t planned to buy a new awning but the one that had come with the van had leaked so we’d popped out to the camping shop today and been sold on some super cool new air awning that has no poles and inflates in a few seconds. Alan had spent a few hours the day before wrestling with the old awning poles so it was an easy sell for him…

It’s raining LOUDLY (imagine a shower spraying into a saucepan over your head…) and the wind is getting a bit aggressive. My parents are messaging me to check we’re ok and I am frantically googling to find out how bad the storm will be here and what wind speeds a caravan will withstand.

Thankfully I have joined a friendly caravan Facebook group (there are some not so friendly ones too) so I posted on there for advice.  The general response was the van would be fine… BUT every single person said go out and get the awning down! Otherwise it could get badly damaged and even damage the van too.

It’s midnight. We’re tucked up cosily in bed. You can imagine how thrilled Al was when I insisted we get up and go out in the pissing rain to take the awning down… He was ecstatic.

So up we get and out we go in our PJs, coats and normal shoes (rookie mistake no 2 – I left the wellies in the car). First we have to get all the stuff we have in the awning out of the awning and squeeze it into our caravan – Not so easy. Then we have to go out and detach the soaking wet awning without letting it blow away. Al’s not a happy bunny (I mean who would be?) and is rather cross with me because the awning is a bit stuck and I can’t reach to help him. I mean yes, it’s most selfish of me to be short at a time like this…

He manages to unstick it and get it down but in his haste he slips and falls with a squelch into a muddy puddle. You seriously couldn’t make this stuff up! Unlike Peppa Pig, Alan does not like muddy puddles. I managed to just about stifle my laugh… I don’t know if he noticed… It was hilarious though.

Anyway, we got it down and shoved it in the car boot for the night, returning to the caravan absolutely soaked and a little bit muddy.

I didn’t sleep much. Alan did. The storm worsened at around 1am but there was no damage in the morning. I hear we’ve more bad weather coming though so I’m off to buy storm straps today…

Quite an adventure for our first night!