Bucket List Adventure No 34: Riding The Big Zip Line Over The Tara Canyon 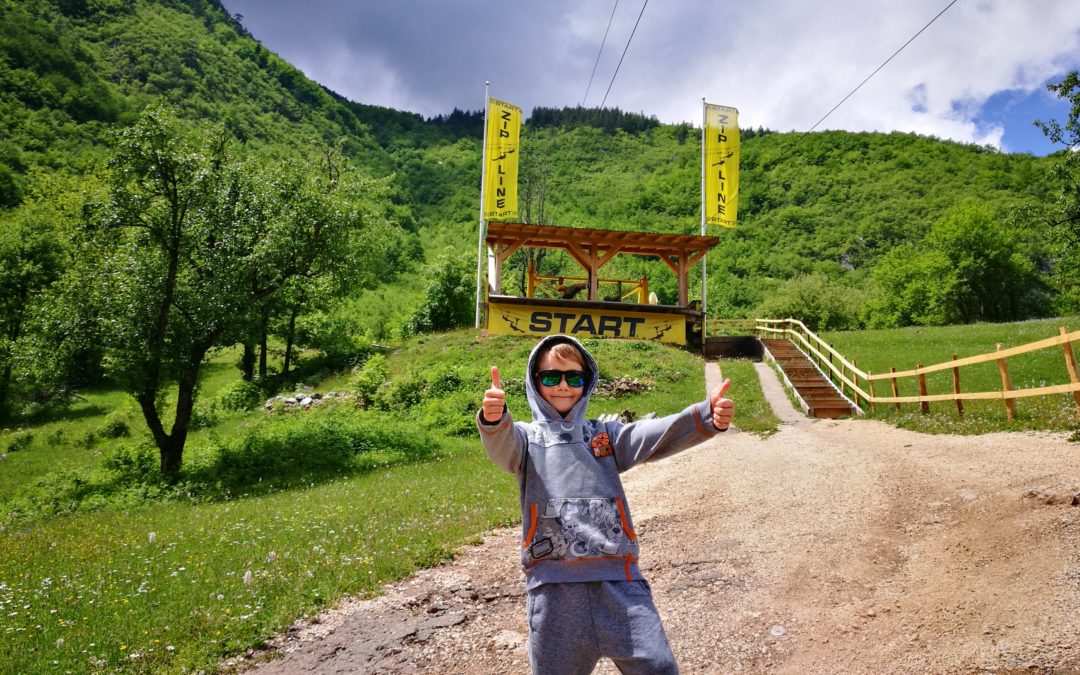 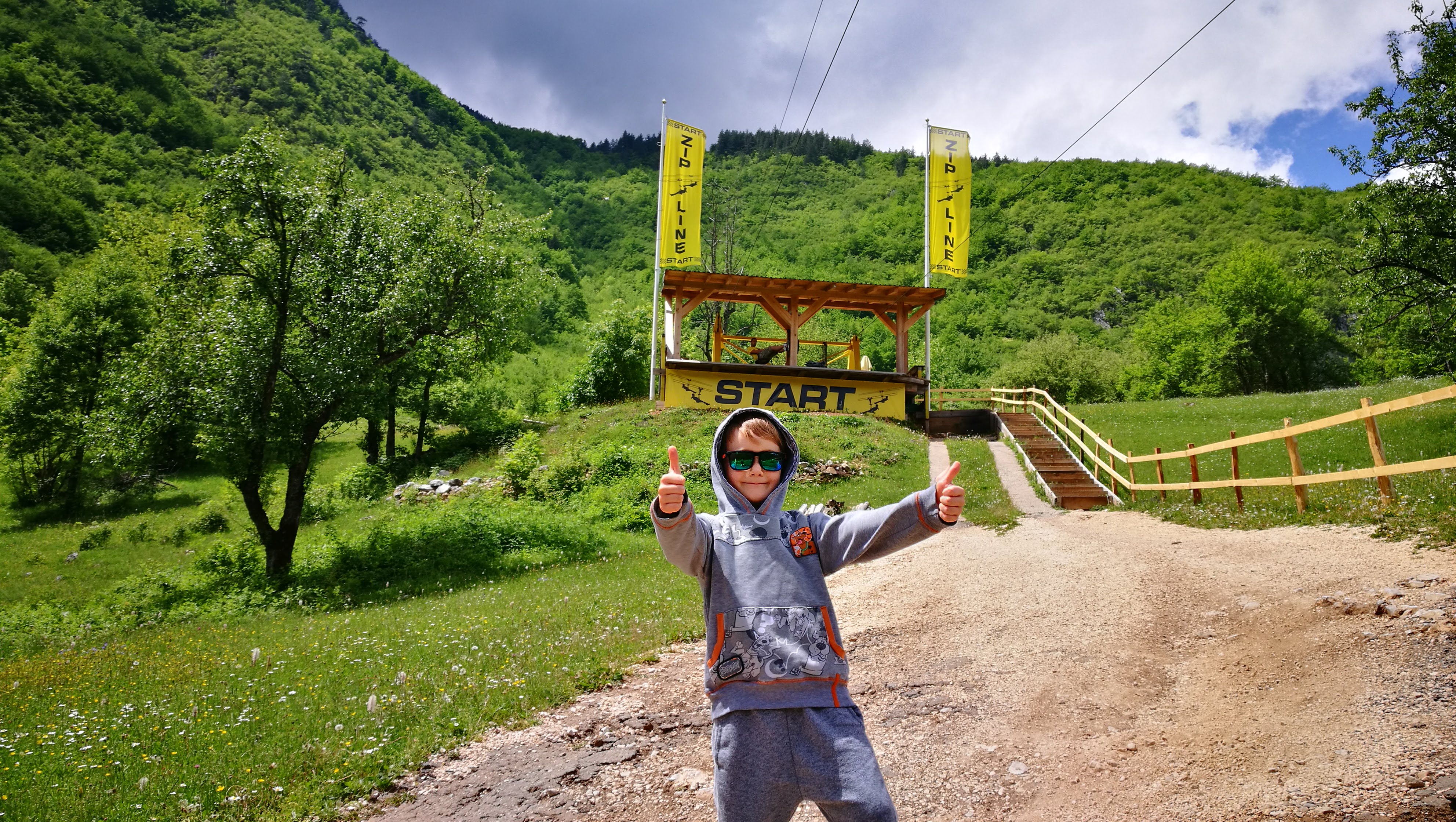 So today was the day.

I woke up and instantly regretted putting this one on the list.

It’s all fun and games when you are just watching it on YouTube but it’s a whole different kettle of fish when it comes down to actually doing it.

I don’t know when I became a wuss about things like this. I used to love a good zip wire!

Actually, I do.  I just remembered.

It would have been the time I went on a high ropes course with Josh at a festival and I got the harness clip all wrong.

The end result was me leaping into the air, expecting to glide gracefully along and instead just jerking to a halt a couple of metres from where I started.

You see I had forgotten to attach the special zipline pulley and so I had tried to slide on the climbing clip. Totally safe, but wouldn’t slide no matter what I did.

So I dangle for a while trying to lift myself up high enough to add the pulley on, using only my arms.

Josh is of course in fits of laughter… as are several onlookers.

Eventually a couple of young lads on the ground run off to find one of the high ropes instructors to help me.

You’d think my day couldn’t get much more embarrassing at this point, but it does.

It turns out that not only do I have to be rescued by the sexy high ropes course man, but that this rescue involves him sliding out to where I am and then connecting a special lifting device to lever me up high enough to attach the pulley.

The problem was more the positioning that was required for this to work. It meant my face was in his crotch the whole time.

Literally right in it.

With everyone watching including my 12 year old son…

Anyway, back to the present day…

We jump in the car and take a stunning drive through the mountains to the Tara Canyon – The largest canyon in the whole of Europe, 1300m deep and 84km long.

We would  arrive. Take a relaxing walk over the famous Tara Bridge, taking in the view and giving myself time to work myself up to the zipline!

Josh was nervous too, which is strange because he’s usually a big fan of stuff like this.

Alan was pretty chilled and Jake was the calmest and most excited of all of us. That boy I swear is fearless. I guess that’s what happens when you travel the world, mountain hiking, white water rafting and backpacking from the age of 6.

But my plan was foiled.

As soon as we pulled up in the car park there was a lady from the zipline stood by our car. She explained that parking was only free if we were using the zipline for 10 euros each. As soon as we told her that’s what we wanted to do she shot off, returning a minute later with a man who immediately herded us to the start of the zipwire!

No opportunity to get away and no time for consideration at all.

I later realised that there are three ziplines over the canyon, so this proactive approach was to ensure we rode on theirs. Thankfully it was the big one anyway.

As we stood at the starting base looking out over the canyon I was sure this was a terrible idea. I could have easily balked but that would have gone against one of my core values of never letting fear rule me.

There’s something very odd about watching your youngest baby get strapped into a harness and flung out across a canyon 200m high.

Next it was time for Josh and I… there were no more options for procrastination.

We got strapped in and just as I asked the guide if anyone had ever died on it, we were launched into the air…

I never did hear his reply.

From the moment we took off, all my fear disappeared. I guess when you’re hurtling through the air at 70mph there’s nothing you can do but enjoy the ride.

It was exhilarating. The combination of the stunning scenery and the adrenaline kick, makes it an experience unlike any other.

It was over pretty quickly but I was thankful we made it all the way over… we later saw someone get stuck a few metres from the end!

So that’s Bucket List Adventure No 34 complete! If you want to see us live in action on the zipline then check out our YouTube video of it here and be sure to subscribe to follow us on our adventures!